Menu
Menu
Property Crimes
Property crimes in Virginia are often serious charges that carry life-long consequences upon conviction. Crimes involving lying and theft can affect a defendant's credibility in legal ways long after the conviction is entered. Some crimes, like burglary, are considered "violent crimes," and can impact employment and other life factors beyond being felonies. Contact Gardner & Burks, P.C., for serious defense against these serious charges.
More Practice Areas

What Is the Prosecutor Required to Prove in a Virginia Larceny Case?

Larceny offenses generally fall into two categories: larcenies from another person and larcenies committed through trickery (fraud). All the various larceny-related offenses in Virginia share the following common elements:

Why Does the Value of the Item Matter?

Who Has to Establish the Value and How Can the Value Be Challenged?

The burden is on the prosecutor in a larceny case to prove the value of the stolen property to the judge or jury. Unfortunately, the prosecutor can prove value by simply having the owner testify and offer an opinion on what the property is worth. This is dangerous and potentially unfair to the defendant—for example,if the property is an antique or an item that has been passed down through the owner’s family and has sentimental value far in excess of its fair market value. In this type of situation, the defendant will need a good criminal attorney to question the owner in court as to the actual fair value that should be assigned to the property. The good news for the defendant is that the owner’s opinion can be challenged, and successfully challenging the value of the property as stated by the owner could mean the difference between a felony and a misdemeanor conviction. Because there are many different types of property that could be the subject of a larceny-related charge, it is important to know and understand the different rules that are used to establish value for each. Here are a few examples, although this is not an exhaustive list:

How Does the Recidivist Statute for Larceny-Related Offenses Work?

A recidivist statute is a law which provides harsher penalties for repeated convictions.The Virginia Code does in fact have a theft recidivist statute, under which a person will automatically face a felony charge if the prosecutor can prove that the defendant has been two times previously convicted of theft-related offenses. For example, let’s say a defendant has two prior convictions for petty larceny or misdemeanor larceny. The defendant is subsequently arrested for stealing a pack of gum,soda and candy bar from a convenience store. Although these items from the convenience store are not worth anywhere near $200, the defendant will be charged with a Class 6Felony and face a prison sentence of up to 5 years. It should be noted that juvenile adjudications of delinquency for larceny-related offenses are NOT considered prior convictions for purposes of the the ftrecidivist statute. Prior robbery convictions, even though robbery is defined as a larceny from another person with the use of force, threats or intimidation, are also NOT considered prior convictions for purposes of the recidivist law.

Is Larceny With the Intent to Sell the Property More Serious Than General Larceny?

Larceny with the Intent to Sell, as long as the value of the property in question is greater than orequal to $200, does carry a more serious punishment range than Grand Larceny; specifically, imprisonment for no less than 2years to no more than 20 years. Also, a defendant can be charged with Grand Larceny AND Larceny withIntent to Sell as it relates to the sameitem without a violation of double jeopardy rights.

What If You Were Charged With Receipt of Stolen Property But Didn’t Know the Item Was Stolen?

If the defendant has not made any incriminating statements and there are no clear circumstances indicating that the defendant had to have known the property was stolen, then a defense attorney can persuasively argue that the possession itself is not conclusive proof of the defendant’s knowledge that the item was stolen. However, it is also important to know that the law in Virginia permits an inference that the accused knew the goods were stolen and had dishonest intent when the defendant was found in exclusive possession of recently stolen property.

What is the Difference Between Robbery and Larceny From the Person

Robbery: Robbery is defined in Virginia as the taking of money or property from another person by injuring or threatening to injure that person. Robbery carries a punishment range in Virginia of five years to life in prison. Robbery is essentially the crime of larceny combined with an assault or battery. A defendant who takes money or property from another person but not by injuring or threatening to injure may have committed larceny, but is not guilty of robbery. The specific factors of a particular theft, including where the theft took place, whether a weapon was involved, whether the victim was threatened or physically harmed, etc., must all be examined in determining whether the theft amounted to robbery or perhaps “merely” larceny.

The specific circumstances of the robbery also help determine the likely punishment if the defendant is convicted. An unarmed defendant with no prior criminal record who robs a victim on the street by merely threatening harm, without actually inflicting harm, will likely see a relatively light punishment. In such a situation, the Virginia Sentencing Guidelines actually recommend probation or up to a six-month jail sentence. However, a defendant who uses a weapon in a robbery automatically increases their punishment range under the guidelines, and faces the possibility of years of incarceration. [Keep in mind that the guidelines only serve to advise the judge; a jury sentencing a defendant convicted or robbery does not consider the guidelines, but merely punishes the defendant according to the five years to life in prison range.] Virginia only has one robbery statute, Virginia Code Section 18.2-58. There is no difference between a bank robbery, street robbery, strong arm robbery or armed robbery. All are considered robbery.

To convict a defendant of robbery, the prosecutor must prove all of those elements of a larceny—that the defendant intentionally took money or property from a person, with the intent to permanently deprive the owner of the property—but also that the taking was done with violence or intimidation.

Thus, a person may not know that a defendant has committed a larceny from their person (think about a skilled pickpocket), but would certainly know that they have been robbed. Here are some examples that illustrate the differences between robbery and larceny from the person in Virginia:

Example 1. Joe is walking down the street with his headphones on, oblivious to the world around him. Joe stops at a busy crosswalk. Ralph snatches Joe’s wallet from his back pocket and begins to run off. Joe notices the commotion, feels his back pocket and realizes his wallet is gone. Ralph has most likely committed the crime of larceny from the person. He used stealth and guile, not violence or intimidation, to deprive Joe of his property.

Example 2. Joe is walking down the street with his headphones on, oblivious to the world around him. Joe reaches a crosswalk, where Ralph bumps Joe with his shoulder, pulls the wallet out of Joe’s pocket and begins to run. Because of Ralph’s act of violence directly preceding the taking, Ralph’s crime will likely be charged as a robbery.

Example 3. Joe is in his home. Ralph breaks in and verbally threatens to harm Joe if he doesn’t give Ralph all his valuable electronic equipment. Based upon the threat, Joe agrees to let Ralph take his television. Ralph leaves the residence without ever touching Joe. Ralph’s threat of harm, directly linked to Joe’s turning over the property, makes this a robbery.

Example 4. Joe’s cousin, John, is a soldier, home on leave. John is in the bedroom of his home when Ralph breaks in and tries to steal the television from John’s living room. Alerted by the noise, John makes his way to the living room where he makes his presence known to Ralph. Ralph turns and threatens to shoot John if he comes any closer. A quick survey of the situation leads John to conclude that Ralph has no weapon, and so John continues to approach Ralph. Ralph grabs the television and tries to run out of the house. John pursues Ralph and tackles him outside the home. John later tells the police who arrive on the scene that he was not afraid of Ralph’s threat because it was clear Ralph was unarmed. In this scenario, there is a good possibility that Ralph would be charged with larceny (or breaking and entering) rather than robbery, because John never exhibited or expressed any fear or apprehension of harm. On the other hand, if Ralph had actually pointed a gun, even if John had expressed that he was not afraid, then Ralph would likely be prosecuted for robbery—because pointing a firearm at another person is considered an act of violence.

Example 5. Joe’s other cousin, Jack, is a teller at a bank. Ralph, wearing a ski mask, walks into the bank, hands Jack a bag and instructs him to fill it with cash. Jack complies. Although Ralph has made no direct threat, and Jack was not necessarily placed in any fear of harm, Ralph’s conduct clearly intimidated Jack into complying with the demand to put money in the bag. Ralph would thus be charged with robbery.

WE KNOW THE LOCAL COURTS AND THEIR PROCEDURES

Our lawyers know the rules, judges, and prosecutors in all of the local courts. Because our attorneys are very familiar with the court where your case is pending, we are able to achieve the best possible result in your case. We are familiar with the programs that are available in every court, which may help you avoid jail time.

THERE IS NO SUBSTITUTION FOR EXPERIENCE

When you are accused of a crime, you will have only one chance to hire the right law firm to help you in your time of need. Make that choice Gardner & Burks, P.C.. Call us now so we can begin to help you with your case.

Areas we help you in the court room 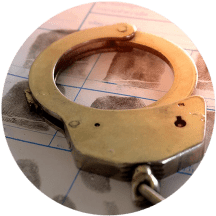 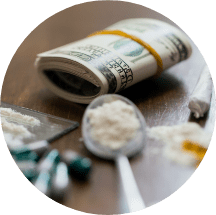 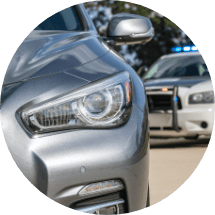 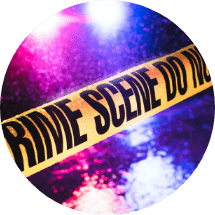 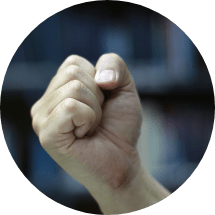 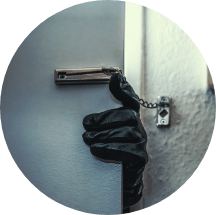 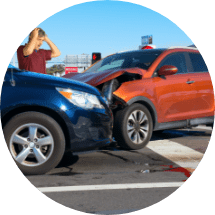 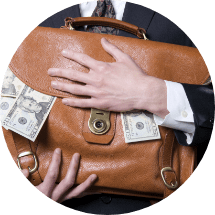 If you are charged with a criminal offense in City of Fredericksburg or the surrounding counties of Spotsylvania, Caroline and Stafford, experience and familiarity matter.  Our attorneys and staff are well-versed in the defense of criminal cases in the Fredericksburg area, as well as many other surrounding cities and counties.  Contact us today for a free consult with a defense team that is knowledgeable and prepared.

Need Help With
A Case?

Serving These Areas In Virginia